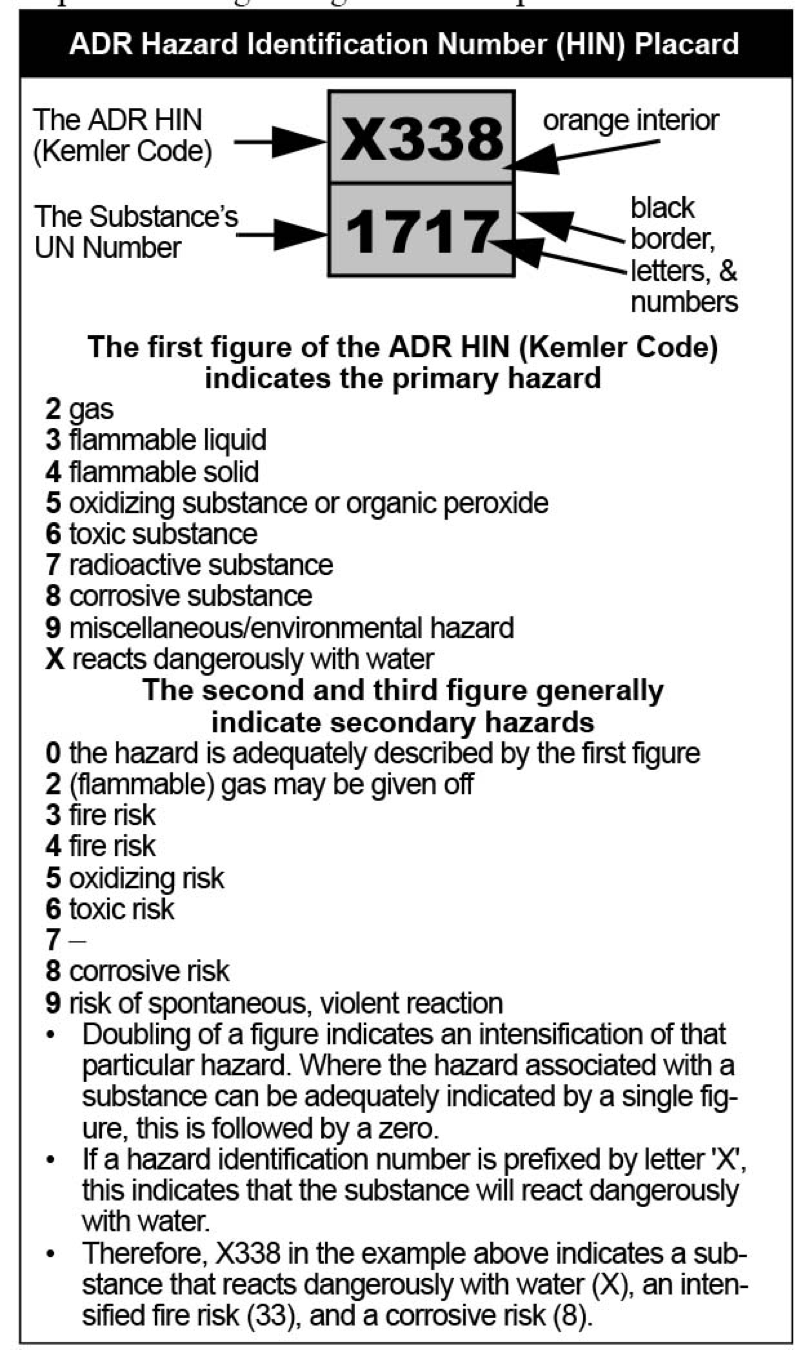 (standards/shipping/hazmat) Acronym for the French ” Accord Européen Relatif au Transport International des Marchandises Dangereuses par Route,” or European Agreement Concerning the International Carriage of Dangerous Goods by Road. The ADR, developed under the aegis of the United Nations Economic Commission for Europe, governs the transport of hazardous materials.
The original negotiations were launched in Geneva on September 30, 1957 with the agreement taking effect on January 29, 1968. New amendments took effect in 1985 and 2009. A consolidated version was published as document ECE/TRANS/202, Vol.I and II. (ADR 2009).
The agreement fundamentally states that, with the exception of certain exceptionally dangerous materials, hazardous materials may in general be transported internationally in wheeled vehicles, provided that two sets of conditions be met: Annex A regulates the merchandise involved, notably their packaging and labels. Annex B regulates the construction, equipment, and use of vehicles for the transport of hazardous materials.

For the full text of the ADR go to: www.unece.org/trans/danger/publi/adr/adr2009/09ContentsE.html.
For classification and hazard identification numbers and other information go to: www.hse.gov.uk/cdg/manual/classification.htm.
Also, see ADR Hazard Identification Number and the Dangerous Goods sections in color at the end of this book.