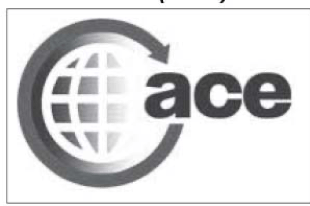 (U.S. Customs) A U.S. Customs and Border Protection (CBP) modernization replacement of its Automated Commercial System (ACS). ACE provides CBP and other participating government agencies the capability to access data throughout the international supply chain to anticipate, identify, track and intercept high-risk shipments.
ACE also revolutionizes how CBP processes goods imported into the United States by providing an integrated, fully automated information system to enable the efficient collection, processing and analysis of commercial import and export data. ACE also simplifies dealings between CBP and the trade community by automating time-consuming and labor-intensive transactions and moving goods through the ports and onto markets faster and at lower cost. It provides national processing as the CBP moves away from port by port processing. By providing the right information, tools, and foresight, ACE will also serve as a critical element for trade enforcement and in preventing cargo from becoming an instrument of terrorism.

ACE is fully compatible with Windows and accessible via the Internet. It supplants the CBP’s 18-year-old Automated Commercial System (ACS), a COBOL-based import-filing system. ACS suffers frequent “brownouts” (slowdowns) because its 80s-vintage technology is swamped by the demands of today’s global marketplace.

Rather than being built on a mainframe computer like ACS is, ACE enjoys a modular structure that makes overhauling and modernization much easier.

Also, thanks to ITDS, carriers will be able to file electronic manifests for the first time. That means trucks will cross the border faster — because the information needed for their cargoes to clear customs will arrive electronically before they do. For more information, go to the CBP Web site at: www.cbp.gov.